Dallas Reese is pulling into Greenville, Alabama, after enjoying a little windshield time. “That’s my driving time,” Dallas explains. “Probably the only downtime I’ll get today.” His pickup is hauling a trailer outfitted with an air compressor and his Clemco Wetblast FLEX System.

“ The Wetblast FLEX has been a game-changer,” Dallas says. “It’s completely effective for what I need it to do. I’m no rocket scientist, but it’s super easy to use. If I could figure it out, 95% of the guys out there can. If I didn’t have the FLEX, I wouldn’t have the maintenance contract I have with the city of Greenville, and I couldn’t bid on other contracts.” 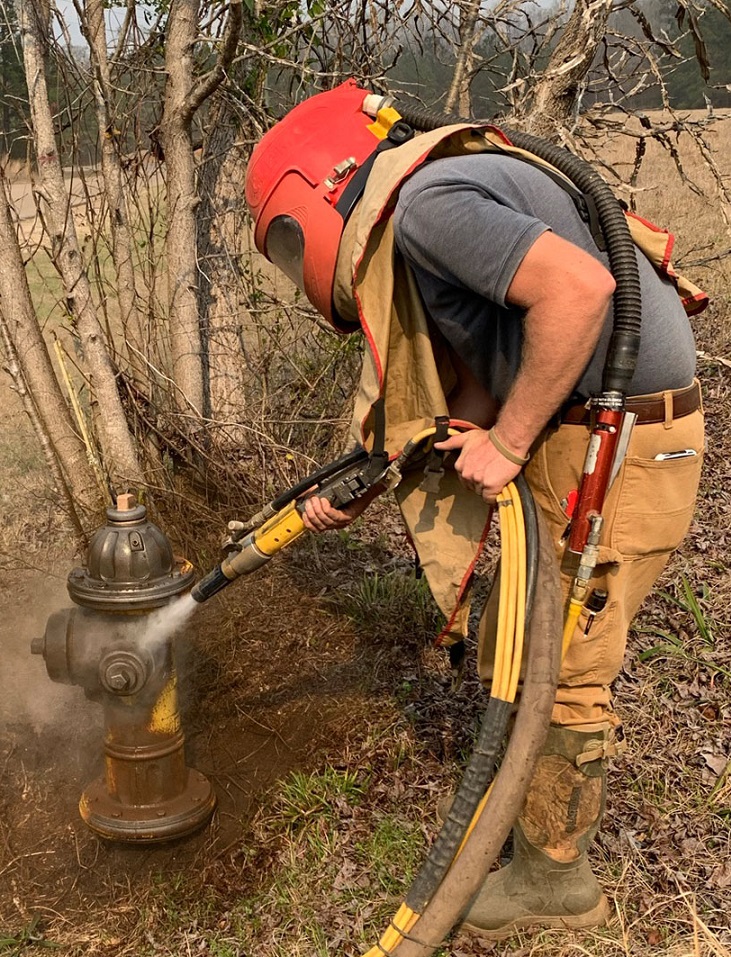 On a typical day, Dallas uses his Wetblast FLEX to strip old coats of paint off 10 to 15 fire hydrants in Greenville, which is located about a 45-minute drive southwest of Montgomery, Alabama.

“Without the FLEX,” Dallas says, “at best I could strip five hydrants a day with manual sanding and wire brushing. Now, I can paint strip a hydrant in 5 minutes! That’s a boatload of saved time! And the stripping is much higher quality. I don’t know anything else that strips paint like the FLEX.”

350 Hydrants to Repaint and Repair This Year, Another 350 Next Year

Dallas explains that fire hydrants are not complex, but since most people working in the water system don’t deal with them on a daily basis because of their other responsibilities, they don’t have time to devote to hydrant maintenance or repair. As a result, “hydrants get a new coat of paint slapped on them every few years,” Dallas points out. “Over time that could be more than five or six coats. And then it’s difficult to get inside the hydrants for repairs, and it takes precious time to open them during an emergency. About 20% of the hydrants I repaint also need repairs. And you want them fixed before a station gets called out for a fire only to find out the hydrant isn’t working.”

The FLEX Reduces the “Zone of Influence”

“Many hydrants are in residential neighborhoods,” Dallas says, “so another great thing about the FLEX is that it prevents dust from getting everywhere, and that reduces the environmental risks from the stripped paint.”

The Wetblast FLEX reduces dust generated during abrasive blasting by mixing abrasive with a small amount of water before the abrasive strikes a surface. This dust suppression reduces the “zone of influence” where hazardous dust may circulate, helps speed up cleanup after blasting, and increases efficiency because operator visibility increases. When it’s not wet blasting, the FLEX can easily switch to dry blasting, as well as to airwash or blow-off modes.

“I wet blast with Black Beauty garnet,” Dallas explains. “It’s nonhazardous and doesn’t damage the fire hydrants’ surfaces, but it still spreads dust that has stripped paint in it. So the FLEX helps contain the dust. That’s important when I’m blasting near people’s homes. Depending on the nozzle I use, I can make the spray pattern wider or tighter. That means I can tune the FLEX for the desired impact, and it also allows some control on the spread of dust and garnet.”

“Another great thing about the FLEX,” Dallas continues, “is how portable it is. It was easy to mount onto my trailer. Because of the standard-length hose that comes with it, I don’t have to park the FLEX right beside a hydrant in order to blast the hydrant. That works out well in residential neighborhoods or on busy streets. And it is super easy to control the mixture level of the water and garnet while I blast. The controls are at my fingertips.”

The Wetblast FLEX System includes a 6-cuft blast machine, the Wetblast Injector pump module, and a 120-gallon storage tank. The system also can be directly     connected to a municipal water supply, like a garden hose. The complete system is mounted on a portable, steel-framed skid.

This Is My First Time Wet Blasting

Typically, Dallas and his trainee, Triston Tatum, spend a day stripping paint off hydrants and then priming them, and also troubleshooting the hydrants. The next day they backtrack to the hydrants, complete any needed repairs, and paint them.

“You’d be surprised what a difference a new, bright coat of paint makes to firefighters,” Dallas says. “It makes it much easier to locate the hydrants during a fire.”

Tristan is learning the business because Dallas is expecting more contracts to be coming in.

“We began using this FLEX unit specifically for the Greenville contract,” Dallas shares. “This is my first time wet blasting. So of course, I had questions. But every time I call Clemco, someone picks up the phone and is super helpful. The Clemco product manager for the FLEX even gave me his personal cell number and said I could call anytime. When I’ve called with questions, I’ve gotten straight-up answers. After Triston is trained and the new contracts come in, I’ll have no problem buying another FLEX. It’s been a great investment.” 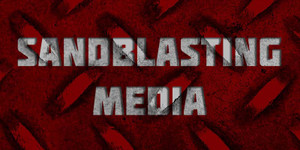 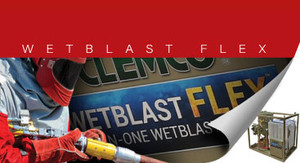