Sandblasting a hard surface creates dust that ends up in the air and on nearby surfaces. It also requires a fair amount of setting up before and cleaning up after sandblasting is complete.

Such sandblasting is done by placing water rings at the nozzle of the blast hose. They push water into the media and air mixture as it exits the hose, allowing the dust to become similar in consistency to a mist from the moisture collected by the abrasive.

Wetblast FLEX, an all-in-one wetblast system, is another way to perform dustless blasting. 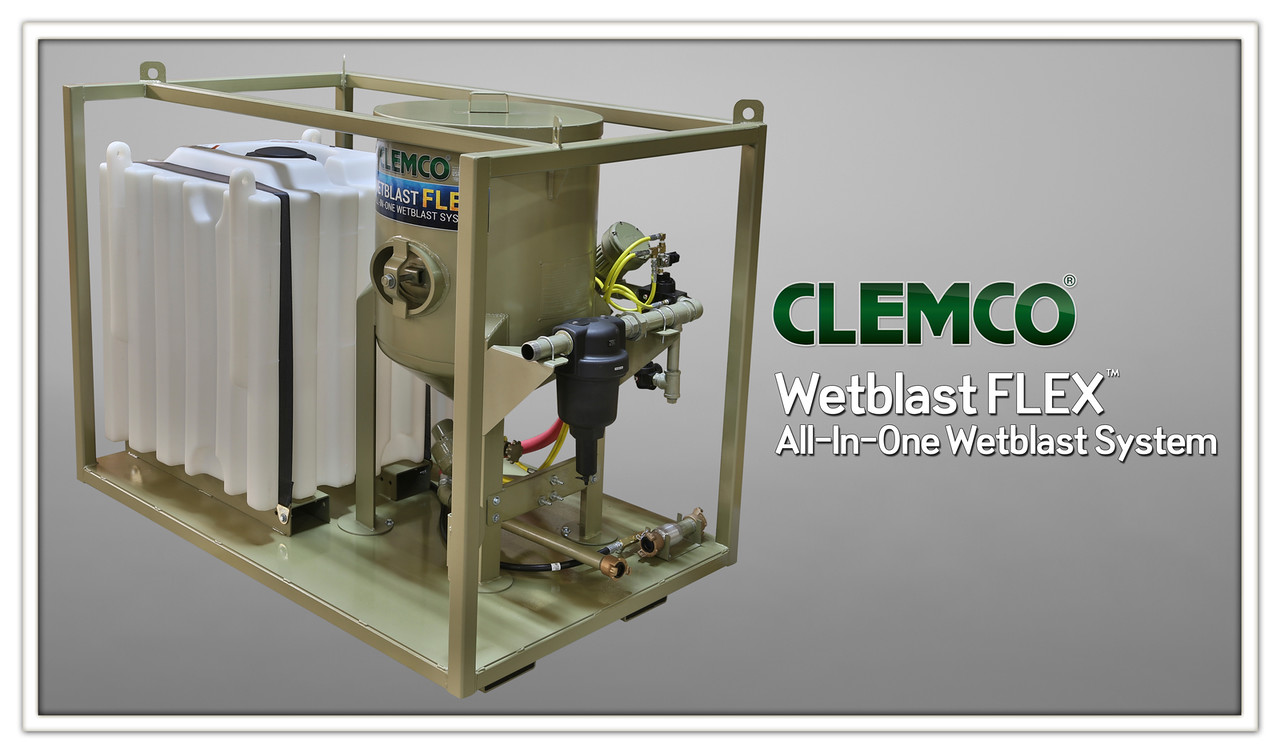 The Wet Blast Flex has two ways of introducing water to the media stream. One way is at the media valve itself which allows the media and water to mix in the blast hose and create a slurry. The other way is by introducing water in the nozzle holder, just before both the media and water exit the nozzle. This option adds some weight to the hose that the operator will have to deal with, but it also allows for full control of how much water is being introduced to the media stream. The Wet Blast Flex can either be fed water from a garden hose or, in areas where water is not available, you can fill the 120-gallon water tank beforehand.

Although dustless blasting does not eliminate all dust, it significantly lessens it.

Residents of California must be aware of sandblasting regulations.

A legal interpretation regarding a portion of the Abrasive Sandblasting Regulation reads:

In other words, ARB does not allow sandblasters to use steel or iron shot media for any type of sandblasting—including wet abrasive blasting. Further, any sandblasting done outside must be done on permanent, stable structures.

Since emissions from sandblasting can contribute to air pollution, requirements were applied to abrasive blasting operations in relation to visible emission standards.

Part of the regulation concerns opacity. Air pollution regulators define opacity as a “visual evaluation of the amount of one’s views that is obscured by a dust plume” and assess emissions with state and federal guidelines.

Regulations explain unconfined abrasive wet blasting is permissible if the item to be blasted is more than eight feet in any dimension and is in a permanent location.

Urban and residential areas often complain about the amount of dust in the air produced by sandblasting.

Dustless, or wet, blasting helps decrease the amount of dust in the air, and even reduces workers’ exposure to the dust making it safer.

Wet blasting is beneficial at any time, however it is especially helpful in complying to federal and state sandblasting regulations.